I can't say enough good things about Brad.  He was charismatic, sexy and a beautiful, beautiful man.  What made him so wonderful is that he truly cared about people.  He made people feel important by making them feel like they counted.  He'll ask you questions about yourself and next thing you know, you've done all the talking.  To top it off, he would be listening attentively.

I'm telling you, I'm a lucky woman.   If it hadn't been for Brad's persistence, we would have never met.

I joined Match.com, January 2012 after being in a very toxic relationship.  I was ready to leave that relationship behind and start anew.  Within the first hour of joining, I got a message from a man named Brad.  He was wearing a suit and tie, and kinda looked stuffy, and not at all my type.

Brad asked if we could connect and get to know each other, but I told him I wasn't interested.  Now normally that would be enough for any other man to move on, but not Brad.  He wanted to know why.  So, I was honest with him and told him he wasn't my type,  that I was into bald men and the bad boy type...LOL..  He agreed, that wasn't him. The next 7 months I would go on and off Match for a couple of weeks at a time, and every time I would go back on, I'd get a message from Brad, wanting to know if I'm ready to meet him.  Finally, on the 7th month, I said, "Okay".   I figured I had nothing to lose.  He was ecstatic!

We hit it off right away.   I know now, that Brad is my soul mate.   My heart knew him and his knew mine, it's like we've known each other for lifetimes.  We fell madly in love with each other, and became inseparable.

Our Battle With Cancer

From the very beginning, every time we would have a meal, Brad would complain of pain in his throat when he swallows.  He kept saying he might have cancer.   I would assure him that he couldn't have cancer, he was only 43 years old!    His doctor said the same thing.

After 3 months of dealing with the pain, Brad insisted they do more tests.   That's when they discovered that he had esophageal cancer.  We were all in disbelief, heartbroken and so scared!   We knew we had a tough battle ahead.

I met Brad in August, and he was diagnosed in December.  He went through chemo and radiation, and his prognosis was very good.   At the time, they were treating him for a cure.

He was so sick from his treatments that I wanted to take care of him. I wanted be there for him, so I asked him to marry me.  I knew he would never ask me, as he didn't even know if he would live or die.   He cried at first, and told me he didn't want to put me through all that, and he didn't want to leave me a widow.   I assured him that I was up for the battle and wanted to be right by his side. Early March of 2013, Brad had an esophagectomy.    He did so well and was star patient.  For 6 months he was cancer free.  Life was good, he had a new job, and since we got married in a hurry, at the court house, we were planning a big wedding to share with our family and friends.   We were looking forward to a long and beautiful future together.

The Cancer Came Back

Sometime in September 2013, Brad woke me up at around 3 AM, and had me feel a hard lump on his neck, just above the collar bone.   Our hearts sank.  We didn't want to believe that the cancer had metastasized, but it did.

All the doctors had for him was chemo and radiation, just to prolong his life.  Well, we knew Brad couldn't tolerate those treatments his first go round, and we knew he wouldn't have any quality of life if he went that route.   So, we decided to go the natural way.

With friends and family's support, we started juicing, eating raw vegan, and we even went to Switzerland for GcMAF (Gc Macrophage Activating Factor) treatment.

Brad was responding very well.  The knot on his neck was shrinking.  But, it wasn't shrinking enough.  So going with the doctor in Switzerland's recommendation, we decided to get radiation on the tumor.

Unfortunately, the radiation made Brad very ill, and he was declining quickly.

We weren't ready to give up the fight.  Asking family and friends to help out once more, we sought treatment at An Oasis Of Healing in Mesa, Arizona.  It's an all natural cancer treatment facility that specializes in juicing, raw vegan diet, low dose chemo , Vitamin C IV treatments, etc.

Brad was doing very well, his tumor markers went from over 8,000 and was down to 600.  He started working out, cycling, and at the same time, working hard at his new job.   I told him numerous times to quit his job if he was too weak.   But, he was sure he was going to kick cancers butt.  He was at his dream job, and didn't want to lose it.

Whatever happens to my husband, happens to me.  I was right along side him.  He was so strong and a fighter!   And, I loved him even more, if that was possible.

Our love sustained me.  I would lay in his arms at night and watched him while he slept.  He was so beautiful.  I can't even describe it, but the feeling of overwhelming love enveloped us.  It was like a tangible thing.  This is what kept me strong.

I didn't even want to think of what would happen to me if he didn't make it.   Just the thought was unbearable.     .

Sometimes though, I would be so scared and so sad, I would cry in the car on the way to work.  I knew I needed to stay strong and believe, but I just didn't know if he would make it or not.

Our Last Month Together

Brad continued to do well and he suddenly was wanting to do things around the house.   He installed a security system, a security door, and also, he had just recently got us an American Bulldog, who was going to be huge!  I wondered why he was doing all this.

He was so loving and tender towards me, more so than usual.   If we started to have a heated discussion, which was not often at all, (usually me nagging him for not eating or drinking enough),  he would stop, smile and tell me how much he loves me.

He started talking about what I needed to do if he didn't make it.  This scared me a lot, and I'd start crying.  He'd tell me not to cry and would assure me he was still fighting.

Then, in the beginning of August 2014, he started getting severe headaches and dropping things.  We went to the emergency room and they ran some tests.  They discovered that the cancer had gone to his brain.

Despite all our efforts, the cancer was just too aggressive.

We held each other tight and cried.   We cried like we never cried before.  He then whispered to me, "I want to fight this, but I'm just too tired."   I totally understood, we knew it was time we had to throw in the towel.  I took a deep breath and told him, "I'm tired too."

I took him home.  The following days, friends and family from all over the country and Mexico, to come to say goodbye.   There were so many people who loved Brad.

I cannot even express how painful it was for me.  Even today, as I think about it, I want to cry for myself.  The day Brad died, the darkest journey of my life began.  I wanted to die.  I wanted to rip out my insides, my heart, my whole body and soul hurt so bad.  When someone you love so much dies, Knowing you'll never see them, touch, smell or talk to them again, is the most painful thing anyone can go through.

To make matters worse, I was abandoned by the very people Brad thought would help me.  Maybe I didn't do grieving very well.  I was a mess.  I probably said things out of my deep pain, and being so lost without Brad.  Maybe they blamed me for Brad's death.  I don't know.  To this day, I still don't understand the abandonment.

I did try to make things right, though.  I tried to be understanding of other people's grief.  I even chased after them, as I knew I needed them, and Brad made me promise I would always make them a part of my life.   It wasn't until people who truly love me and stuck by my side, told me that I needed to stop.

Today, almost 4 years later, I'm doing well.   I clawed my way out of the pit of severe depression.   Some of the things I did were unconventional, but I did what I had to do, and I'm proud of myself.

I didn't do it alone, I have close family and friends who stuck by my side and love me.  For them, I will always be grateful.

This blog is dedicated to my Beloved Brad, 'til we meet again.

I am so sorry for your loss. This was our story. I feel like I just relived it through your words. I had 3 years. Today would of been our 4th wedding anniversary. I find it harder and harder to get through everyday!

My heart goes out to you Jen. We both wish we had more time with our husbands but it’s not to be. They are gifts to us and will be treasured in our hearts forever. Happy Anniversary, I’m sure your hubby is right beside you, holding you tonight. 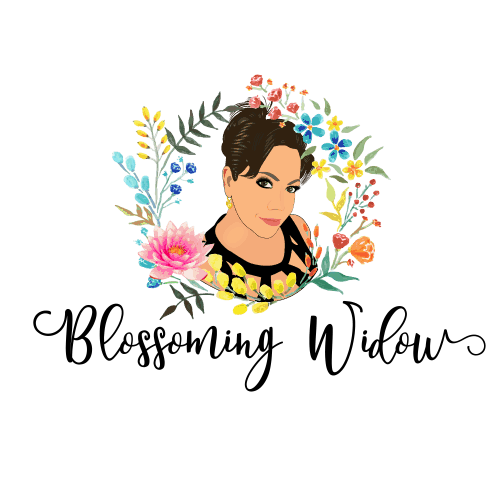